Once again cyber security experts warn of a new hacking campaign that this time is targeting Citizen Journalists reporting the crash of the flight MH17 of the Malaysian Airlines. According to the intelligence firm ThreatConnect, reporters from the Bellingcat agency have been targeted by spear phishing messages and suffered account takeover attempts for over a year.

The Bellingcat agency is known for its uncomfortable investigations on strong powers of Governments and organizations worldwide.

Yesterday the Reuters reported the news that the Malaysian flight MH17 was downed by Russian-made missile launched by pro-Russian rebels.

“Malaysia Airlines flight MH17 was shot down by a missile fired from a launcher brought into Ukraine from Russia and located in a village held by pro-Russian rebels, international prosecutors said on Wednesday.” states the post published by the Reuters. “The conclusions were based on thousands of wiretaps, photographs, witness statements and forensic tests during more than two years of inquiries into an incident which led to a sharp rise in tensions between Russia and the West.”

ThreatConnect who investigated the attacks speculates that threat actors have strong ties to the Russian Government, they have targeted a group of citizen journalists for publishing articles critical of Government of Moscow.

Experts from ThreatConnect claim the involvement of the dreaded Fancy Bear APT group who in the headlines for the attacks against the systems and people involved in the US Presidential election.

“Following our post on DCLeaks as a Russian influence operation, Bellingcat founder Eliot Higgins reached out to us. Bellingcat, a group of citizen investigative journalists, has published articles critical of Russia and has been a key contributor to the international investigation of the shootdown of Malaysian Airlines Flight 17 (MH17)over Ukraine in 2014.” states the report published by ThreatConnect.

“Higgins shared data with ThreatConnect that indicates Bellingcat has come under sustained targeting by Russian threat actors, which allowed us to identify a 2015 spearphishing campaign that is consistent with FANCY BEAR’s tactics, techniques, and procedures.”

According to the experts, the Bellingcat’s agency became a target of the Russian Fancy Bear APT after its reporters investigated the shooting down of the Malaysian Airlines Flight 17 (MH17) occurred in 2014.

The second group behind the attacks is the CyberBerkut, a collective of Ukrainian hackers that are pro-Russia.

The state-sponsored hackers targeted three Bellingcat researchers with a spear phishing campaign between February 2015 and July 2016 for intelligence purposes. The attackers used messages themed as Gmail security notices in the attempt to trick victims into clicking on the embedded links, but according to ThreatConnect the attacks failed. 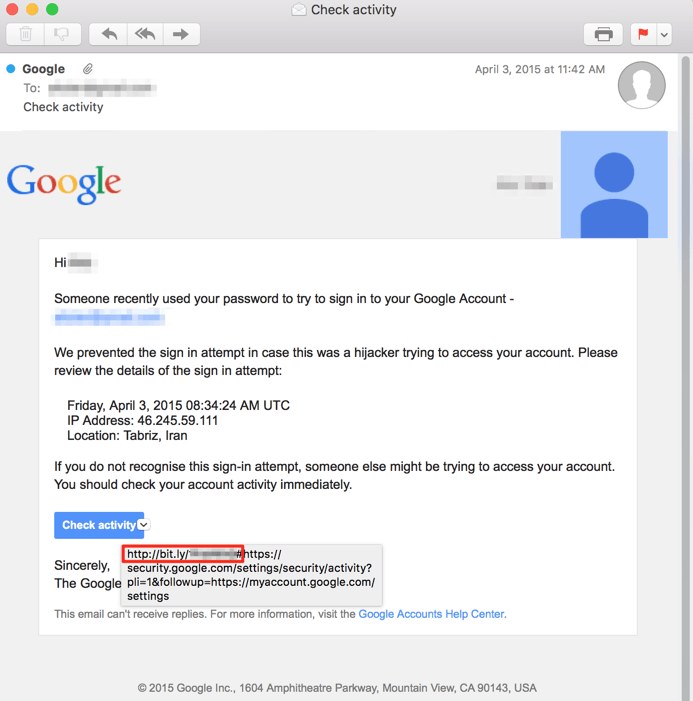 The report also analyzes activities conducted by the CyberBerkut that defaced the Bellingcat’s website earlier this year and compromised the email account of the government opposition blogger, Ruslan Leviev.

ThreatConnect speculates that Leviev’s email account hosted by the Russian service provider Yandex was compromised with the support of an employee of the company or by the Russian intelligence. In that case the attackers exploited a zero-day in the Yandex service.

“Leviev published a compelling piece of citizen journalism on May 22, 2015 exploring the fate of Russian Spetsnaz soldiers believed to have been killed in combat operations within Ukraine earlier that month. According to Bellingcat founder Higgins, Leviev’s contributor account was compromised and used to post the CyberBerkut message. In an email interview, Leviev makes the following statement regarding the events that led to the compromise of his credentials and the defacement.” continues the analysis.

“In my case, my old email account, which was located on Yandex servers, was hacked. The email account had a long, difficult password, not a word, from various letters, numbers, and special symbols. Plus there was a telephone number bound to the account for second factor authentication.

Exactly how it was hacked — I don’t know.

At the time I was writing it is still unclear the relationship between the Fancy Bear and CyberBerkut.

This isn’t the first time that Russian hackers operated to gather sensitive information on the Flight MH17 Crash, in October 2015, according to Trend Micro, the Pawn Storm APT group (aka Fancy Bear) has targeted the Dutch Safety Board to gather information regarding the status of the investigation.